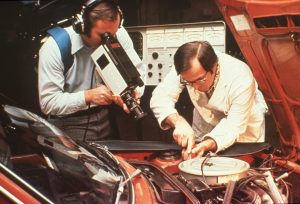 Video presentations for B2B companies are no longer the luxury sales tool they once were. The world learns visually more than any other way, and visitors to a company’s website are more engaged, easier to convert, and remain longer when there’s a video to play. Product demonstrations, explainers, and webinars are among the most popular videos in the B2B community, and they need not be expensive to produce. What’s more, the ROI from video with audience-focused content is much higher than any other marketing activity if the right production steps are taken.

Simple, self-made company videos like whiteboard presentations where two employees stand in front of an actual whiteboard and explain a concept of some kind are the most inexpensive to produce. They can also be very effective in conveying key messages over a series. If tagged and titled properly, they can be a boon for a company’s website in terms of SEO. Unfortunately, they can also suffer from poor production values, reflecting similarly on the company’s products and services. On the other end of the spectrum, a video with high production values that covers a variety of topics in a single sitting might come off as highly impressive, but fail to really connect. In both cases, the losses are rarely offset by the gains.

Most companies want a well-produced video that conveys their message successfully across a variety of mediums.  To accomplish this requires the careful consideration of a great number of factors, but there are four main questions to answer before even beginning the production process.

There are dozens, sometimes hundreds, of micro-decisions that transpire during the production of a video, but if you know what you want to say, how you need to say it, where you’re going to say it and how much saying it will cost, you’ll thank yourself dozens, even hundreds, of times along the way.

Scott Norton has produced dozens, even hundreds, of video presentations of varying lengths and budgets for B2B companies in the industrial, high-tech, and manufacturing marketplaces. For more information on producing a video for your company, contact us for a free, no-obligation consultation or simply fill out our short contact form.